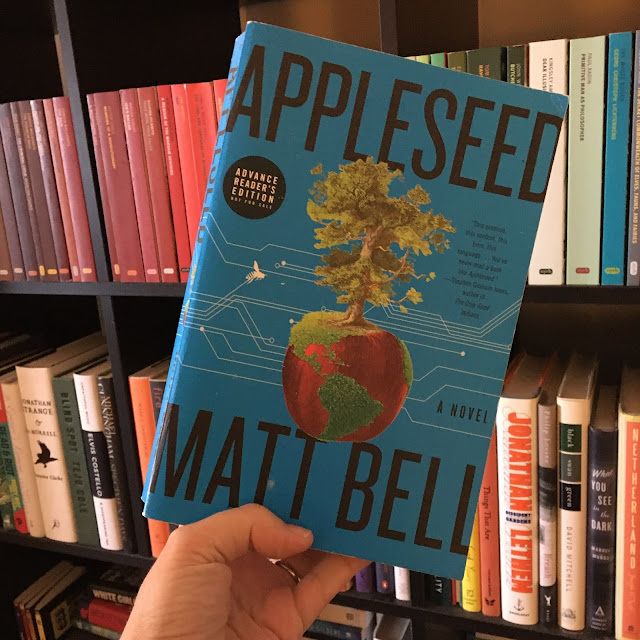 I wrote the last entry in this blog over ten years ago -- I was honestly surprised to find it's still here (thanks for saving everything, Google!). In May of 2011 the Greenlight Bookstore venture was new, and my focus had shifted from writing and networking about books and bookstores to working all the time, every day on my own little seed of a venture. It was an exciting and transitional time, and it was only a little bittersweet to let it go.

I wrote the first entry in this blog over sixteen years ago, in October of 2005. I was working in a bookstore and starting to conceive of the first seeds of my plan to open my own, but still feeling a little isolated and in need of community.  It was a great moment for literary blogs, many/most of which are now gathering their own cobwebs -- largely because their founders (me included) created a platform and developed connections which allowed them to create the next phase of their literary career.  This blog served its purpose well, and then I didn't need it anymore.

Only now I find myself in another moment of transition, and again in need of community and a place to talk about books. I'll write more about that, probably lots. But my goal for now is just plant something small and see what happens. In every post I'll review something new or forthcoming I'm reading, and maybe write a little bit about the book world as I experience it. Here goes. 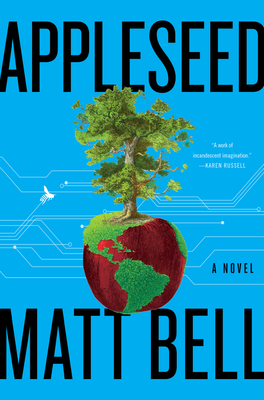 I picked up a galley of Appleseed guessing it would be my kind of thing; give me fantasy / sci fi that engages with real world issues, please and thank you.  It took me some time to get to it but I dove in on a vacation weekend and finished it up a few weeks later, having put it down for a while in between.

So let me get out of the way first what I got hung up on in Appleseed: there is a character who is so complicit but so dithering, so pulled around by the last thing anybody said to him, so unable to confront the persuasive but clearly morally bankrupt voice telling him that consolidation of power and resources are the only way forward, that he drove me completely nuts. But then I realized, duh: he's annoying because he's us.  So I gave him another chance, and got swept up again in the saga.

This character sort of... recurs in different forms in the very different sections of the book; he may be John Chapman (Johnny Appleseed), or a faun (the half-wild goat kind) whose sin catalyzed the Greek myth of Orpheus and Eurydice, or a regular human caught up in late 21st century climate wars, or a recurring consciousness in a body constantly rebuilt by 3D printers in a post-apocalypse ice age.

As you can gather, this is climate fiction pitched at beyond epic, building on and drifting through science (both biological and fictional), history, and myth, both the Greek kind and the toxic American capitalist kind.  It's a rich and ambitious journey, and the denouement is even sort of satisfying, though none of us will be around to see it.

This is a book that's made to be talked about as much as read, and there's lots to discuss here; the forces of wildness and civilization and where those live in all of us; whether technologically created organisms are a different kind of life; what political forms the climate-ravaged future might take; whether the world would really just be better off without us; how much is contained in a strand of DNA, or a seed.

But also (along with Richard Powers' forthcoming novel Bewilderment which I also read recently), Appleseed is a book that invites -- commands -- us to pay better attention to the bodily, specific world of fellow creatures, the extravagant variety of the living world under our feet. (I particularly love Matt Bell's, and his characters', devotion to cataloging the particular flora and fauna of Ohio -- a list that turns out to be vast.) It's one to lose yourself in and to ponder, and I hope it gets the wide and long readership it deserves.

Unknown said…
Glad to see this up and running again! I think we all need to find new ways to connect with our community again.
1:45 PM