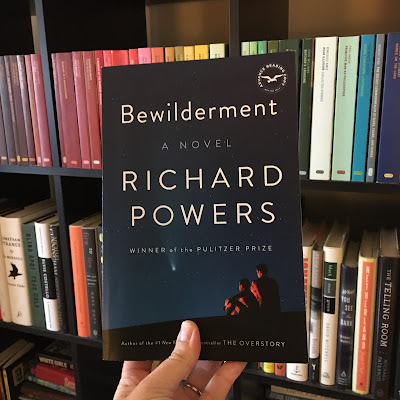 I had the pleasure of speaking with the lovely Damian Barr on Instagram Live this morning, as Greenlight was featured as Bookshop of the Month on his Literary Salon. I feel like I used to be one of those in any gathering of booksellers who was more comfortable with tech than my elders; I've now passed over into being a grownup who needs gentle coaching on how to update the app, etc.  But once the transcontinental connectivity issues were overcome, it was great to talk about the bookstore, about mutual friends and events and parties, about ideas and books.  Wow I've missed conversation about books -- I'm resolved to re-integrate it into my life, however long it takes.

We talked about Greenlight's name and its origins in (among other things) the green light at the end of the dock in The Great Gatsby, and whether "So we beat on, boats against the current, borne back ceaselessly into the past" is ultimately optimistic, an aspiration for a better future, or hopeless, an assertion that we'll never get there.  Damian and I both come down generally on the side of optimism, though I'm not sure Fitzgerald does. Surely one of the reasons we read is to feel the most terrible and hopeless feelings, to give them a place among others.

Richard Powers is in my Head Canon, along with David Mitchell, Joan Silber, and a handful of other authors.  The Time of Our Singing was a life changer for me and while I still have some backlist to catch up on I will read anything he writes, always. I snagged a galley of Bewilderment a few weeks ago but didn't quite get to writing about it before last Tuesday's pub date; maybe I'm still processing.

Powers has always been able to take a lever -- am idea or two, a relationship or a handful -- and move the world.  He's my favorite literary author who loves science, and the obvious deep research serves up profound metaphors for his human stories. With his last few books -- Echo Maker, Overstory, Bewilderment -- he's been increasingly focused on environmental devastation, for obvious reason.  Overstory, for all of its message that the best thing humans can do is probably nothing, was the angriest Powers book yet, and perhaps the most powerful.

If Overstory was an epic of righteous anger, Bewilderment is something smaller, sadder: a jeremiad, a song of lament. The father and son pair at its center wrestle with outsized reactions to the environmental tragedies unfolding in real time, and it's hard to argue with their often hopeless conclusions.  There's a possible solution offered to obtain some mental/emotional equanimity to deal with all of this, but you can see its failure coming at you a mile away.

While Powers specifically references Flowers for Algernon, this reminded me specifically of another of his own novels, Generosity, in which a character's happiness -- a psychological state of grace -- turns out to be too good to be true.  In both Bewilderment and Generosity, this inspirational character goes viral online, which is terrifying and distorting, before the limitations of their power of "finding the good" are revealed and it all comes crashing down.

This is a tough book to read, especially for anyone struggling with mental health or anxiety or depression or any of the spectrum of human ills, though for that reason probably a timely one. It is also, though, full of the deep curiosity and wonder at the world that characterizes Powers' work; I went on a hunt for more info about the relative percentages of biomass on Earth after his allusions to it. Bad news: yes, the ratio of humans and livestock to wild mammals is uglier than it's ever been. Good news: there are far more of plants than there are of us, as well as more bacteria and fungi and arthropods. Like Matt Bell's Appleseed, maybe Bewilderment suggests real peace will only come after we're gone. 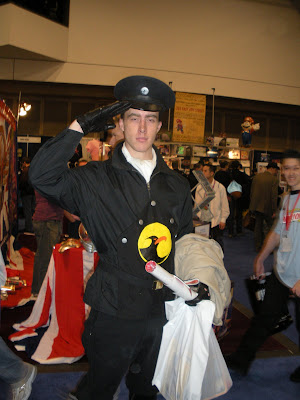